So I entered the speedster category. I was actually quite worried about it because I had assumed those registered in this category would be ALL aiming for a fast time (OKlah fast, subject to their own pace) but to my surprise, quite a number of runners were just walking a 100m from the starting line! Some seemingly were just happily enjoying their friends/boyfriend/girlfriend company and they're in the speedster category! What la...

As I started at the back, these runners made it hard for others at the back to run at a good pace. It wasn't until the first incline after KM2 that the packed crowd started to thin out.

Although I had a target (a rather modest target though), I ran feeling quite relaxed. But I did feel a tad uncomfortable as I had to hold my pee! LOL

Anyways, I managed to get an average of 6:35min/km pace for the first 9K. Then at the point where 12K & 9K runners merged with 5K runners, I chose to just walk for about 1K. I only started running again after KM10, as 5K runners turned left towards the finish line and 12K runners head straight for the balance of 2K. 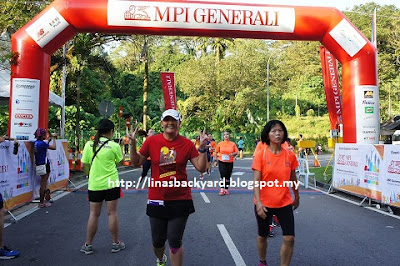 Reached 10K mark at 1:10 (which was rather slow) so I was happy that I managed run the balance of the run (2K) in 10 minutes and able to shave-off 3 minutes from my 2013 MPI Run in the same route and in a rather relaxed state and seeing Hubby and Son who did 5K already waiting for me at the finish line. 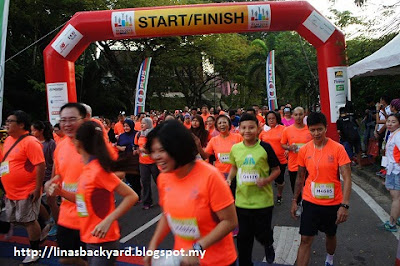 Hubby and Son both did 5K this morning and they managed to do it in less than 38 minutes or so. Son has not been running much lately and the only recent run that he did was the Hatten Neon Nite Run 10 days ago, so I was happy with his progress. 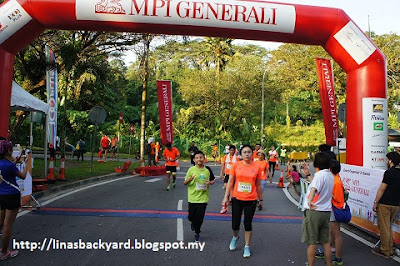 Hopefully, we can fit in more runs for the whole family to run for 2016! 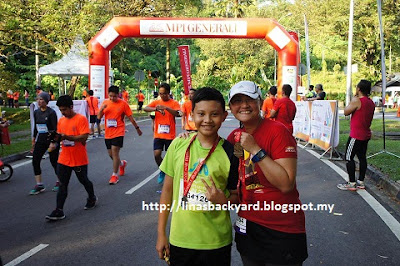 Son's first road race medal for 2016. Mommy is super proud of him. 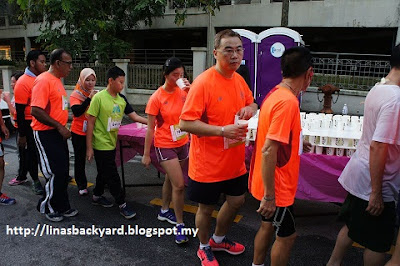 We were served not only with water and bananas, we enjoyed Nestle cereals, Milo, Nestle ice-cream, Cool Tea canned drinks, popcorns, steamed corn, kacang putih and even cotton candies!

We lingered a bit to enjoy almost all the refreshments before making our way back.