So we checked-in at Putrajaya Marriott Hotel after my run in Cyberjaya Twincity Marathon.

We absolutely love the room and the really speedy wi-fi at the hotel.

I love the pampering I received at Dewi Teratai Spa, enjoying the body scrub and also the Himalayan Signature massage.

It was no wonder, we turn-in early after dinner and slept soundly until the next morning.

I actually planned to run before breakfast but it was so nice to be lying on the bed and under the warm sheet, I actually woke up late. It was after 7.00am that I finally got my butt out and got dressed... to head for the buffet breakfast. Hahaha

We went down to Zest Restaurant before 8.00am and there weren't too many diners yet at the time. 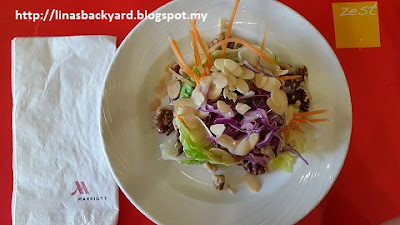 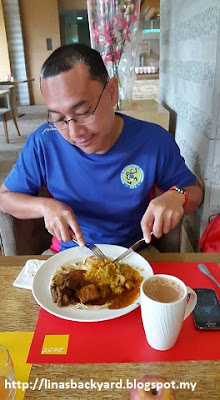 Hubby with roti canai, with dhall, beef rendang and all the assortments. A cup of teh tarik on the side. ^^

We enjoyed a nice relaxing breakfast until more guests came down for breakfast and the restaurant started being filled by screaming children so it was time for us to a make a move. 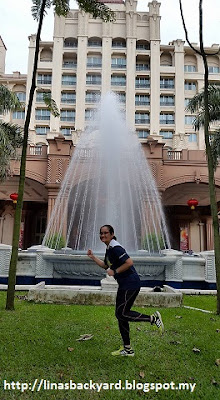 After breakfast, we decided to take a stroll around the hotel. 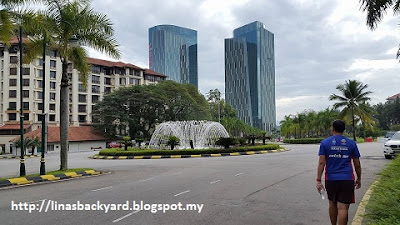 And made our way to IOI Mall.

The road was clear during the weekend so it was nice to enjoy a stroll there in the morning. 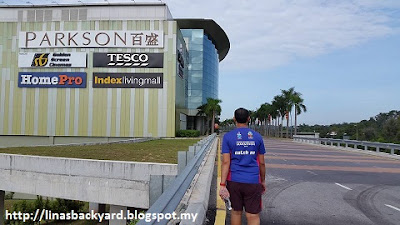 We even made a circle around the IOI City Mall!

But just the outside of the mall lah this time. The shops inside weren't opened yet.

Anyways, last Wednesday I got to know that IOI City Mall will be having a run around the mall and surrounding area for a total of 6.4km on March 27, 2016. Should be interesting.

On 27 Feb, there's the Shamrock Run at Taman Botani, Putrajaya.
On 27 March, IOI City Mall pulak.
Cannot have a run on 27 April cos it's not a weekend. Hihihi