It was 4 days ago when I received an invite from Herbalife to join them at the Herbalife Nutrition Day 5K Fun Run. Just after I told Hubby that we won't need to wake early for any races for the balance of the year. Hahaha 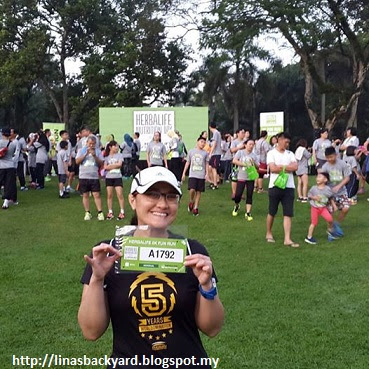 It was a rather low-key event but with a respectable turnout from Herbalife members and agents.

There were two categories available; A for Individual with registration fee of RM45 and B for family at RM140 (2 adults, 2 child) so this is a great event to bring the family to join. 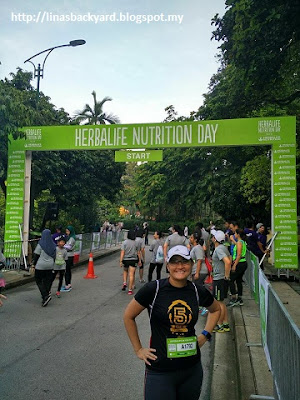 At the starting line. Individual runners were flagged off first, followed by the family category. 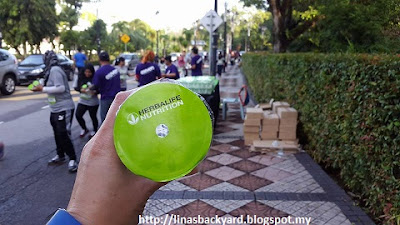 A water station was located at around KM3.2, opposite the Tun Abdul Razak Memorial.

We first made a loop around the lake before climbing up the deer park hill and head to Bird Park. A loop around bird park, passing by Masjid Negara, Bukit Aman, Royal Lake Club and we finally finished the fun run.

The route can be quite challenging because of the many inclines but most were in pretty good spirit doing it. I too enjoyed the route. It was shady, with nice long inclines and I am looking forward to maybe do my LSD using the same route in the future. Maybe do 3-5 loops? 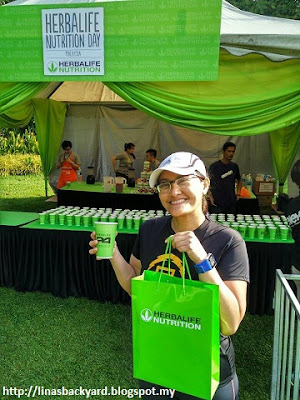 After finishing my run, it was time to redeem my shake. 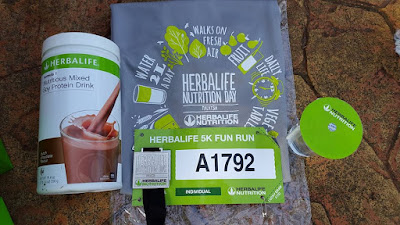 And thank you to Herbalife, I brought back a pack of protein drink to bring back and drink at home.

The route that we did.

After a hard session on Friday where I did hill repeats, it was nice to be able to take it easy and enjoy the fun run. 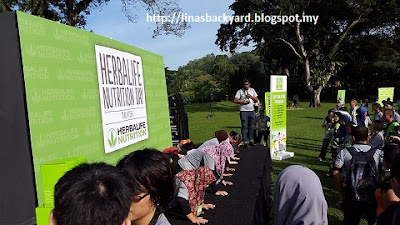 Hubby and I stayed on for the lucky draw but no luck today!

While waiting for the lucky draw there were a few challenges held on the stage and one of them was this push-up challenge.

It was "only" a 5K fun run and it was a fun one as I completed it with Hubby this time instead of running alone.

I'll be running alone for my LSD tomorrow for 3-hours. But no worries, it'll be in the safety of my apartment's carpark! ^^

For participants of Herbalife Nutrition Day 5K Fun Run, ecerts will be available for download at http://herbalife5krun.com from Dec 7th, 2016 onwards.
Email Post
Labels: Events Itchy Feet Out and About Promo