A month after our trip to Chiba in October, we had arranged to meet someone from Japan in Kuala Lumpur.
We met Shin-chan (the one in green shirt) last month and ran the Imperial Palace jogging course together where he and a friend had graciously showed me around the course.
We later had dinner together and Shin-chan, Hubby and I agreed to meet up in Kuala Lumpur when he was in transit in KL after returning from Borobudur Marathon in Indonesia which he did last Sunday.

Shin-chan of Shin-Chan Running Club had done plenty of marathons around the world and had done more than 130 marathons outside Japan! He had done Borneo International Marathon 4 (FOUR) times and we hope that he will try marathons in Semenanjung Malaysia one day.

His feats can be followed at his website, Shin-chan-run. 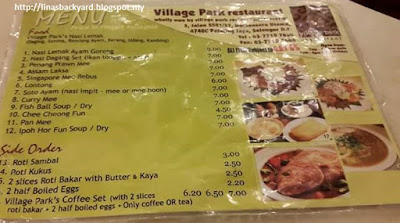 To cut a long story short (I have yet written/blogged about our dinner gathering)... We went for a nasi lemak breakfast at Village Park Restaurant in Damansara Uptown. 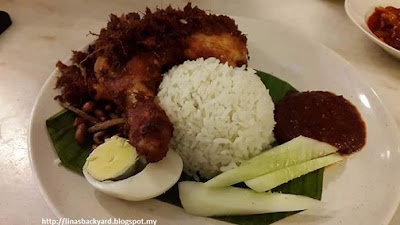 Our Japanese guests ordered the Nasi Lemak Ayam berempah and although I warned them that the sambal might be a tad spicy, they ate everything. Sambal and all!

Fortunately, it turns out that the sambal was not too spicy and has a sweetish taste. 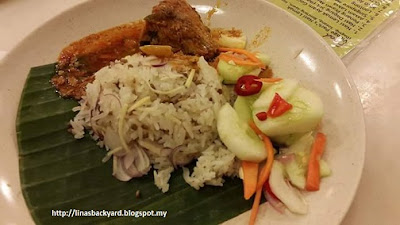 We also recommended them to try the Nasi Dagang, which Hubby also ordered. 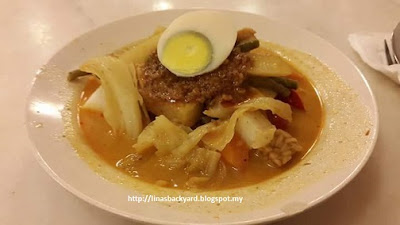 For me, I ordered the lontong. Tastewise, OK lah but I prefer a thicker gravy with sambal on top instead of Kuah Kacang.

We had coffee but we recommended our guests to try the Kedondong Asam Boi and Limau Nipis drink. 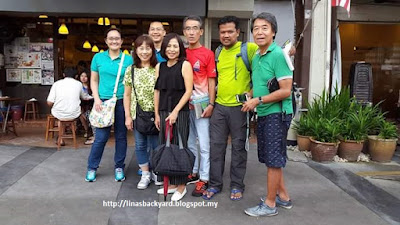 It was a pleasure to meet our new Japanese friends and we hope to see them again!

Maybe running in one of the marathons here? Twincity Marathon, perhaps? ^^

Twincity Marathon 2017 will be the opening FM for me for 2017. I have another three lined up but first, let's focus and train for Twincity!
﻿
Email Post
Labels: Celebration and Holidays Close to my heart Makan Time Out and About